The Army Nurse Corps was established in 1901. It was formed due to the intelligence and skills displayed by nurses during the Spanish-American war. A report was submitted in 1899 that detailed the accomplishments and help of the nurses and Dr. Anita Newcomb McGee and Surgeon General George Sternberg requested that the Nurse Corps be formed.

Prior to the Nurse Corps nurses were employed through regulated agencies, the army, voluntary organizations and private organizations. Employment was through contracts. The nurse corps allowed for nurses to be appointed for a period of three years. Further changes in 1947 allowed nurses in the nurse corps to be commissioned army officers.

Four weeks of basic training was required before a nurse was transferred to a work location. The training included a mix of wartime scenario training, physical activities and many classes. At the end of training nurses could set up and take down mobile hospitals as well as transport these hospitals on very short notice. The life of a nurse in the nurse corps was the same as a soldier.

The women in the nurse corps reminded the injured soldiers of being back home and provided hope and emotional support to many. They cared for those that were wounded, scared and dying. The nurses kept accurate recourses for each soldier including details about progress and care. Surgical nurses assisted doctors by preparing the surgical tools and patients.

There were many dangers involved in being a nurse in the Nurse Corps as they were stationed in war locations. However the benefits of having nurses present did not go unnoticed as the survival rate of soldiers increased to 96%.

In World War I nurses were not allowed to serve on the front lines to prevent injury. However about 200 nurses died due to influenza. Some of the dangers they faced included being captured as prisoners of war. 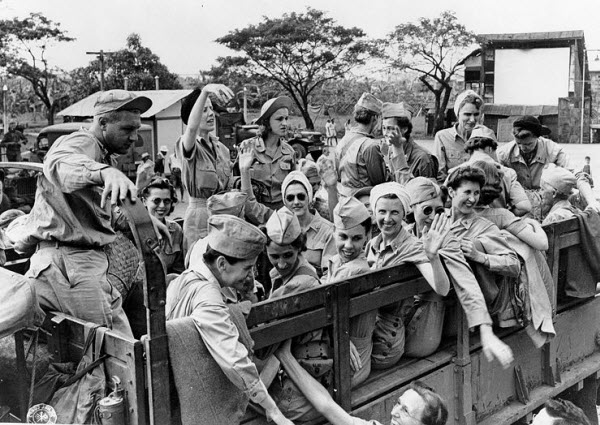 Nursing in the Military

Medical service in the military was very unorganized during the Revolutionary War. There was no centrally managed system in the military until 1812 and prior to this time medical services were managed by the regiments. During the Civil war women were sponsored through volunteer agencies or by the United States Sanitary Commission, normally working in union hospitals.

The first superintendent or woman nurse appointed at the start of the Civil War was Dorothea Dix. She was responsible for organizing nurses in the military prior to the Army Nurse Corps. Dr. Mary Edwards Walker was the first female surgeon in the Corps and Adah Belle Thoms and Anna Caroline Maxwell were important to forming the Nurse Corps. The first Army Nurse corps was formed in 1901 and supported nurses in the Army and Navy during World War I and World War II. By 1941 there were 700 nurses in the navy corps and 1000 in the army corps. During the Korean and Vietnam War, more than 36,000 nurses were in the nurse corps.