Substance abuse addiction is a large problem in society today. It does not matter where you come from, your background or what nationality you are. Substance addiction knows no gender or financial status when the ugly abuses of drugs penetrate the lives of individuals and families in today’s modern society.

There are several factors or causes associated with substance abuse and dependency; one of them is environmental factors. With this factor, the risk of substance abuse becoming a problem depends upon the community where individuals live. If the area is high in statistics of crime, illegal guns and free-flowing drugs and everyone in the neighborhood accepts this behavior as the norm, the risk factors for substance abused and dependency increase. Another factor is on the grounds of genetics. A person’s genes can determine if an individual will or will not become susceptible to addiction and dependency.

Although discovering genetic factors is a complicated and complex process, there are some genes that are already known to play a role in addiction. Some of these genes are the DRD2, Mpdz, Cnr1 and the Creb to name a few. Having any of these genes in the DNA of individuals can lead to the potential addiction of morphine, alcohol, cocaine and barbiturates.

The Trouble with Alcohol

In today’s society, drinking alcohol is a part of life in some people’s circles. Drinking occurs for many reasons; there is a glass of alcohol to celebrate occasions and events in all walks of life.

People partake in after dinner drinking and while socializing. The drinking habit can go from seldom to heavy when you need a little wine or something harder to make yourself feel good, or to get you through trying times. It can be abusive when you need it to cope and to escape life’s problems. It can be destructive and life threatening when one glass turns into eight, or when you don’t have enough will power to say no. You know you have a problem when the alcohol affects your life in a negative way and you stop caring.

Some common signs that alcohol is in control of your life is when you begin to neglect your responsibilities at home and at work. There is a problem when drinking affects your relationship with your spouse, or when you start to mix the deadly brew of alcohol and prescription drugs to obtain a fast high. There are two main signs of alcoholism and they are tolerance and withdrawal. These are major signs; when you need more alcohol to survive and when you have to take a drink to ease the symptoms of withdrawal, which could include symptoms of jumpiness, trembling, nausea, and loss of appetite and sleep. However, these are just some of the signs and symptoms, the list is actually longer.

You can be treated for alcohol abuse either as an outpatient or with inpatient care. However, that treatment choice depends upon the severity of symptoms, for moderate to severe, treatment involves being admitted to a medical facility when you will be monitored for withdrawal symptoms of hallucinations and delirium. Another treatment option is joining an alcoholism support group, it is their mission to keep you on the right path once you kick or try to kick the habit.

Heroin: How it affects the Body

Heroin is an addictive drug which is made with a combination of morphine and poppy seeds. In its natural form and what it looks like when it is sold on the street, is a white or brown colored powder. Most users when they partake of this drug stand the chance of overdosing, this is because users don’t know the actual strength of the substance that is taken when they sniff, inject or smoke the drug. For the user, when it comes to injecting heroin into the veins, users get a sudden rush or a pleasurable sensation. However, what causes this drug to become addictive is partly because of the time it takes for the blood to reach the brain. Injecting causes this to happen quickly. 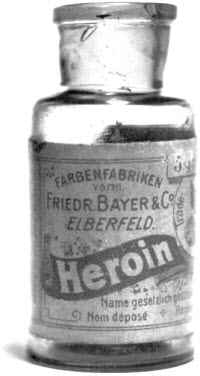 After the sudden rush, the user may feel nausea; have vomiting and severe itching over the body. A person using this drug also gets dry mouth and a sudden hot flash. Heroin causes the user to become sleepy and the heart tends to slow down as well as their mental capacity. For those using over a long period of time, they can get infectious diseases such as HIV/Aids and hepatitis. Heroin abuse causes arthritis, collapsed veins and addiction. When it comes to treating this addiction, the user is put on methadone. This substance takes away the withdrawal symptoms. Another treatment option is behavioral therapy and going through a detoxification program.

Cocaine: The Drug that Causes Euphoria

Cocaine is a powdery substance that is derived from the cocoa plant. It is white, has no smell and it has the same properties as that of amphetamines. People who use cocaine have several ways of abusing this addictive substance. They snort it, smoke it or they inject it. However, when a needle is involved and the liquid substance is put into the vein it is called a speedball. 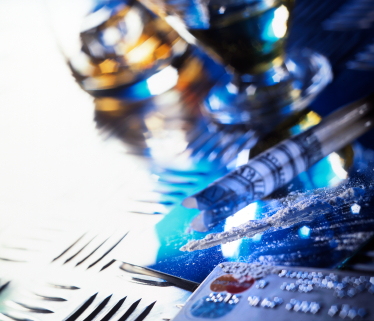 Cocaine gives its user the feeling of bliss, like all is well with the world and there are no problems existing. Users get an extra surge of self-confidence and euphoria. However, these feelings are only temporary, lasting a short 15-30 minutes. When the person comes down off their high, they are likely to feel an overwhelming amount of anxiety, panic, depression and even have problems sleeping. The body can go through changes too, for this drug causes mood swings, muscle twitching and a rapid pulse. Users who abuse this drug for a long period of time have health issues that lead to chronic sneezing and nose bleeds. With cocaine, the more you use, the more you want; increasing your tolerance level to a point that the body cannot withstand. People on crack spend a lot of their money on getting high, so their cash flow diminishes quickly. Another symptom is unexpected weight loss. This means that they stay out all night fixing their dependency, which is another symptom.

There are several options available to treat cocaine abuse and dependency. However, treatment is complex because you don’t just treat the symptoms or the addiction itself. A professional in charge will also have to get to the root of the problem in the individual and these issues can be social, family and environmental issues that the cocaine user is dealing with. For treating a cocaine addict, a doctor might suggest a behavioral intervention, counseling and a self-help program such as Cocaine Anonymous, because after all, users and abusers will need a support group to help them recover and stay clean.

Meth: the Tell-Tell Signs of Addiction

Another addictive drug that is penetrating societies today is that of methamphetamines or meth. It is a stimulant drug that interferes with the function of the brain and other vital organs of the body. Street meth goes by other names such as speed and chalk. It is a chunky, crystal like substance that resembles small pieces of ice.

This drug is taken by injection, snorting and by smoking it. When meth is smoked it is referred to as ice or glass. Meth has both long and short term effects. In short term, a person may experience a decrease in appetite, they become irritable, confused and agitated easily. A person abusing this drug may experience anxiety and paranoia. Sometimes, a person will have convulsions when they abuse this drug. With long term effects, there is the possibility of having strokes, respiratory problems and severe anorexia.

To be treated for meth addiction, a person will have to go through a specific program designed for meth abuse. Treatment will call for cognitive-behavioral therapy. It will take an intense outpatient program where the patient will be involved with both group and individual approaches to recovery. The approach will involve exercises and worksheets once an individual understands and can identify the sources of their addiction. The tell-tale signs of someone using meth are rapid eye movements, unexplained sweating, and a rise in body temperature, paranoia and anxiety, which is followed by an extreme state of euphoria or a feeling of happiness.