The plague of violence in the healthcare field has swept across the nation, with emergency room nurses being one of the main targets. In October of 2010, Cynthia Palomata, RN lost her life after being attacked on the job. Cynthia was working at a correctional facility when an aggressive patient struck her on the head with a lamp. Normally, Cynthia worked at the San Francisco General Hospital, but she ended up working at the local jail after hurting her back at the hospital. This event sparked outrage within the community and prompted the California Nurses Association to begin creating legislation to protect healthcare workers in correctional facilities and hospitals.

The prevalence of violence within the health sector has resulted in injuries and emotional turmoil within the nursing community. The Ohio Nurses Association states that, “more than half of emergency department nurses have been assaulted at work.” The problem is widespread as it also affects healthcare workers in various types of facilities within both major cities and small towns. The Bureau of Labor Statistics reported a rate of 8.3 assaults for every 10,000 workers in the healthcare field.

The Occupational Safety and Health Administration (OSHA), defines workplace violence as, “any threat of violence against workers.” Workplace violence and bullying within a hospital setting occurs among fellow employees, but the main problem stems from verbal, physical and emotional abuse brought on by patients and their family and friends. Abuse comes in many forms and nurses get the brunt of it since they are the people on the front line when a crisis arises. On any given day a patient may kick, spit, hit, scratch, push, yell or lash out at them in another way. The burden and stress from emergency situations and lack of resources falls directly onto the nurses. 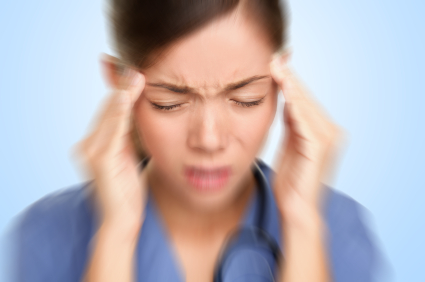 Many factors contribute to underreporting such as lack of time, acceptance and lack of resources. A healthcare worker may not want to report a violent act because they didn’t sustain any permanent injuries. Nurses also work long hours and filling out an incident report takes additional time and energy. Some nurses accept violence as part of the job because it happens so often. Healthcare workers may also feel as though management is not going to listen to their concerns.

Impact on Nurses and Hospitals

The impact of violence has immediate and lifelong consequences such as emotional distress or painful injuries. Entering a hostile environment to any degree creates more stress and low job satisfaction. Some nurses leave the healthcare field because of workplace violence. New recruits may also change careers soon after they realize the dangers they might face if they stay in the nursing field. The fear of violence alone can create an even greater shortage of nurses which puts an increased strain on the entire medical community.

Several organizations recognize that violence within hospitals and other facilities is a major problem. Guidelines are set to create a plan of action, so that nurses and other workers know what to do when they face any type of threat. The National Institutes for Occupational Safety and Health (NIOSH) sets guidelines and conduct research for safety standards in various work settings. The NIOSH violence prevention program is designed to protect all workers, including healthcare workers from injuries in the workplace. Healthcare workers are taught to identify risk factors that could trigger a violent incident. The program teaches them to takes certain steps if they see bullying, overreaction, obsessive behavior, aggression and other strange behaviors. The guidelines suggest developing emergency signals, alarms and a system for alerting security if the threat of violence looms.

Various states such as Michigan, California and Ohio have also taken steps address problems that result in workplace violence against nurses. These states have published information, implemented training programs and some states have even passed laws to protect healthcare workers. Assessment data from police reports, incident reports and surveys should be continually examined by hospital administrations to protect nurses and other healthcare employees in the workplace. This data helps by influencing new laws, policies and other regulations to provide a safer workplace within a healthcare setting.