The Nationwide Shortage of Nurses is Systemic

Underneath it All: Problem is Tied to Public Education

Don’t let the messages fool you: the biggest defects impelling the national nursing shortage may not lie within healthcare. Mainstream media is well versed at throwing a beam of light where it may seem logical. For instance there is a constant circle of light on the lack of nursing educators and shortages of new recruits. Actually neither of these seems primary—yes, they are certainly secondary, but the nursing shortage problem looms even grander when light is directed on the more fundamental faults.

Some sources suggest the claim regarding low numbers of nursing faculty is only a smoke screen for the larger problem of MONEY. In California, for example, nursing candidates at many of the state’s community colleges are on waiting lists that are already pushed out two to three years. The reason? Nursing programs cost much more than other community college curriculums and the state is unprepared to manage the problem or to even dissect the differences.1

Nursing Shortages are Nothing New, But This One…

In the past nursing shortages, in and of themselves, could be relied upon to self-correct. Recruiting schemes could be ramped up and a new front-line of low-level nursing staff could be quickly reared and placed in jobs. But according to industry experts, this time it’s different. Outside the larger scheme of things, the shortage itself is multi-pronged and there are some industry-specific causal factors exciting the bugs in the big education picture: 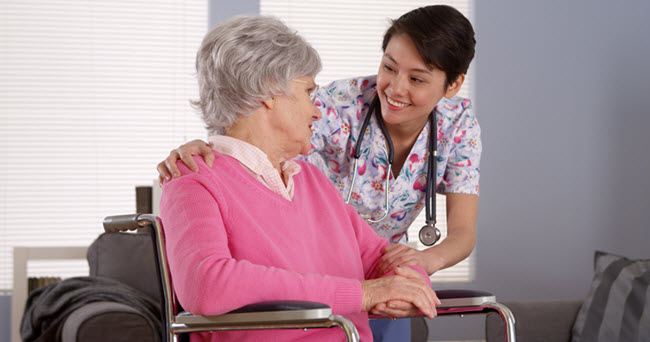 All factors are tied together making this shortage a truly systemic malaise. Business and industry are adept at divining solutions for the short-term, and short-term fixes to the nursing shortage are already in place: scholarships, loan repayment programs, job incentives. Long-term solutions continue to confound nursing experts, because, as just mentioned a deeper defect lies in public education funds.

Many RNs would be happier if they had the appropriate staffing levels available. The current reality is that in nursing units and specialties across the board, patient census continues to strain and drain an already weary nursing force. For many burned out nurses, other jobs in other industries beckon like greener pastures. Nursing jobs are not those for which simply having a “warm body” will suffice. RNs and even LPNs must be trained. In many facilities, LPNs are put to good use and given responsibility for tasks not necessary for RNs’ attention. This model frees up staff RNs for more complex patient care.

But when emergencies come up and RNs are needed immediately such models of nursing practice may be challenged on the grounds of readiness.

Only recently have nursing credentials become a front and center priority among RNs in a particular specialty. Most nursing associations also sanction and push continuing education. Movement is clearly afoot to professionalize the nursing field at all levels. This may offer long term traction: nurses with credentials, degrees and continuing education credits have an easier time negotiating smart career moves. Nurses that have the freedom to move into challenging and interesting positions are happier and more likely to stay put.

How Online Nursing Programs May Help Head Off the Growing Shortage

Part of the educator shortage and cost problem may be overcome with online graduate and post-graduate nursing programs. The University of Wisconsin-Milwaukee nursing educators proposed just such a program. Their strategy targets the population of working nurses that have no time to go back to a traditional nursing school, but who may wish a leg up into the next tier of nursing. The UWM Nurse Educator PhD program is a high quality, advanced curriculum designed to attract a broad range of nursing professionals. Their initial indications suggest that the program appeals to a younger nursing population as well as a more culturally and ethnically diverse, another problem associated with the nursing shortage.

Nursing Leaders Step to the Plate

Secondary problems, though, like shortages of educators and getting students into programs must continue to be addressed. Realistically, nursing leadership is most qualified to plumb these depths. However, experts in the nursing field are a relatively new phenomenon. Once upon a time, nursing was a subordinate healthcare field; few administrators and decision makers existed and those that did were often women with a gender-imposed glass ceiling to challenge them as well. So nursing has not traditionally been reputed for its academic leaders. Many nurse managers, supervisors and other leaders were put into positions based on seniority, not necessarily for a degree attainment. Now a real generation of nursing trained leaders may be ready to begin unraveling their very sticky problem.