Archive for the 'Health' Category 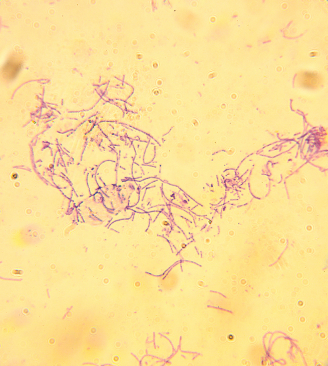 Anthrax is a disease that is most often associated with the fear of biological warfare and terrorism. In the U.S., this fear escalated in 2001 when anthrax was sent by U.S. mail, infecting twenty-two people and killing five. While biological attack is always a possibility, people are more likely to come into contact with the disease in other ways, like through the food that they eat. Even then, actual infection from it is rare. Anthrax is most often found in grazing livestock. This deadly disease is known as a zoonosis, which means that it can be transmitted from animals to people. It is caused by Bacillus anthracis, which is a spore-forming bacterium that occurs in soil; however, it is rarely found in the soil in the United States.

There are four ways in which people can naturally become infected with anthrax. One of these ways is to consume meat from infected animals. This is known as gastrointestinal anthrax. Another form of infection is known as cutaneous anthrax, and it occurs when spores enter cuts in the skin during contact. Cutaneous anthrax makes up about ninety-five percent of anthrax infections. Inhalation anthrax occurs when a person becomes infected because he or she inhaled thousands of spores into the lungs. When a person uses a needle that is contaminated with spores, it is known as injection-related anthrax. This typically occurs as a person injects drugs and is the least common infection method. Most often, injection-related anthrax happens outside of the U.S.

People who are at high-risk of infection include military personnel and biomedical researchers. For people who are at this level of risk, scientists have developed an anthrax vaccine. The anthrax vaccine has not been approved for general use, however, as further testing is necessary for people with compromised immune systems, children, and also the elderly. If a person is infected, the symptoms can manifest in several ways. In some cases, sores with black centers or bumps that itch may develop, particularly with cutaneous anthrax. A person with gastrointestinal anthrax may become nauseated, develop a fever, vomit and have bloody diarrhea. Inhalation anthrax victims may feel as if they have the flu and/or experience chest pains. If treatment does not begin these symptoms may worsen, and the infected individual may go into shock or suffer from spinal and brain inflammation. For this reason, if a person believes that they have been exposed to anthrax, medical attention must be sought for an immediate diagnosis and treatment. Skin, blood and stool tests are all common methods of diagnosis as are spinal taps, chest x-rays and an endoscopy. If a person is diagnosed with anthrax, a sixty day prophylactic antibiotic treatment is necessary.

The fear that Anthrax could be used as a biological weapon is a very real threat and has been for over eighty years. Unlike natural infection, the bacterium has been developed specifically for the purpose of injuring and killing large groups of people. The most likely method of infection in a biological attack is inhalation due to its high rate of infection and fatality. Up to seventy-five percent of people diagnosed with inhalation anthrax die as a result.

Understanding anthrax and what causes it is the best way to quell any fears or concerns that one may have. The remainder of this article is a resource list leading to further information about anthrax, including its discovery by German physician Robert Koch. This article will also delve more thoroughly into facts about the disease, its causes, symptoms, preventive measures, diagnosis, and treatment. In addition, links leading to information about anthrax as a biological weapon are also included.

Posted by Heather | in Health | No Comments »

Health Resources – The Dangers of Smoking

According to the Centers for Disease Control and Prevention, approximately 23% of all high school students use tobacco in one of its forms. Studies have shown that those who begin smoking during their youth are at a greater health risk. Additionally, those who begin smoking in their youth have a harder time quitting in their adult years. Cigarettes contain nicotine that is a highly addictive drug. Health professionals view smoking as a gateway drug to using alcohol and illicit drugs. The best way to prevent problems from smoking is by never starting. Teens that try smoking because of peer pressure should speak to a school counselor, health care professional, or their parents to find ways to stop. Smoking is highly addictive and can cause serious disease such as cancer and emphysema. Smoking is not cool. It is deadly and can cost teens their lives.

Research tells us the dangers of smoking and all teens should know the facts behind cigarettes. Cigarettes are very addictive and once a person starts smoking, even if they try it for fun, he or she can become addicted and have a hard time quitting. Many people become lifelong smokers after trying cigarettes with friends out of curiosity. Here are 10 facts about cigarettes and smoking that all kids and teens should know.

Smoking leads to many diseases and can eventually cause death. Studies show there is no safe amount of cigarettes someone may smoke. Even those who just begin smoking will immediately suffer negative health effects. Smoking increases the risk of coronary heart disease, stroke, lung cancer, and chronic lung conditions such as bronchitis and emphysema.

Peers can put a lot of pressure on young kids and teens to try smoking. Many kids give in to peer pressure because they want to feel liked and accepted. Sometimes kids want other children to accept them so badly, they reject their better judgement and do things they know they should not. One of the hardest things to do is to say no to kids that are pushing you to do something. In order to resist peer pressure, you have to have self-confidence, and inner strength. Though walking away from peer pressure is tough, you have to do it. Sometimes, the best way to overcome peer pressure is by changing friends and spending time with kids that have values similar to yours. Values and behaviors can always change. If you are spending time with the wrong crowd and want to change, begin by changing your friends.

How Smoking affects your Environment

Second-hand smoke poses many dangers including causing cancer, aggravating asthma, and increasing lung and breathing problems. Second hand smoke has been linked to Sudden Infant Death Syndrome. Cigarette smoke has been linked to the number one cause of death in the United States, heart disease. Second-hand smoke can also cause heart disease making it just as deadly as smoking cigarettes.