During the last decade community college and distance learning paradigms have challenged traditional nursing programs. Community college and online programs provide robustness not particularly inherent in brick and mortar degree programs. But nursing traditionalists would like nothing less than to see a federal standard put in place that requires all licensed Registered Nurses (RNs) to have first completed a four-year, or baccalaureate, nursing program. So far the system has resisted for a number of reasons. The national nursing shortage is one of the more imperative arguments for flexible and fast track programs.

Above and beyond the politics of nursing education and professional preparedness, what makes a traditional college-based nursing program appealing for some students? 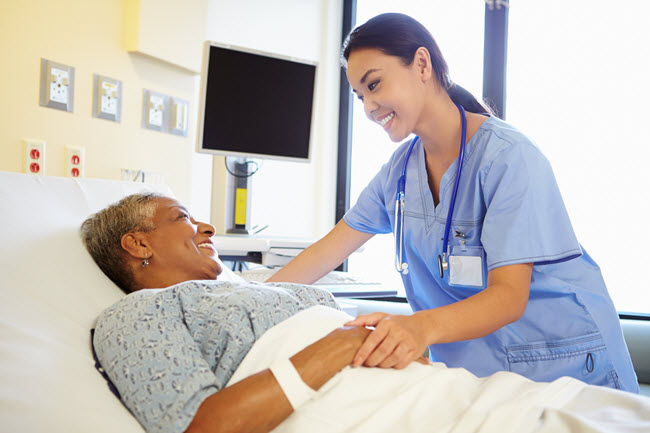 Four-year nursing programs, especially the Bachelor of Science in Nursing (BSN), is the preferred degree for entry-level nurses going into hospital jobs. Nursing students most likely drawn to four-year college programs are those independent of a career and income needs as well as family responsibilities. This does not mean every student enrolled in a four-year nursing program is of college age, but he or she does have a freedom that many other adults do not. In contrast, online and community college programs appeal to working adults, those with less free time. And community colleges are also a fraction of the cost of a four-year program.

Standalone nursing schools and medical universities both offer four-year nursing programs. Curriculum varies from program to program, but there are definite liberal arts and academic theory tangents to the degree pedagogy not emphasized in two-year or diploma programs.

Graduate nursing programs such as Masters degree programs and Doctoral studies are often the realm of larger universities where graduate programs of all types are an integral part of the educational model. Here, nurses seeking Advanced Practice Nursing degrees may pursue ultra-competitive programs such as those for Nurse Anesthetists, Nurse Midwives, Nurse Practitioner, and Clinical Nurse Specialist. Doctoral degree programs may target research, practice, and nursing science.

While not degreed college programs, diploma nursing programs have been a traditional form of nursing education for decades. Only recently has there been a push to oust these programs in favor of two-year and four-year programs. Diploma programs are hospital-based nurse training programs that typically last two to three years depending on the program. Some programs do award a two-year degree, but most do not. Students often remain employed in the host hospital during and after “graduation.”

Baccalaureate and graduate nursing degree programs in traditional college and university settings can cost many thousands of dollars. Cost is one of the driving factors behind the appeal of community college nursing programs. Nursing students attracted to the college program may qualify for federal and state financial aid, nursing scholarships and tuition reimbursement programs when willing to exchange tuition for service.

Even though a profound nursing shortage drives many fast-track nursing programs, plenty of nursing candidates are alternately drawn to traditional BSN and MSN programs in colleges and universities across the U.S.